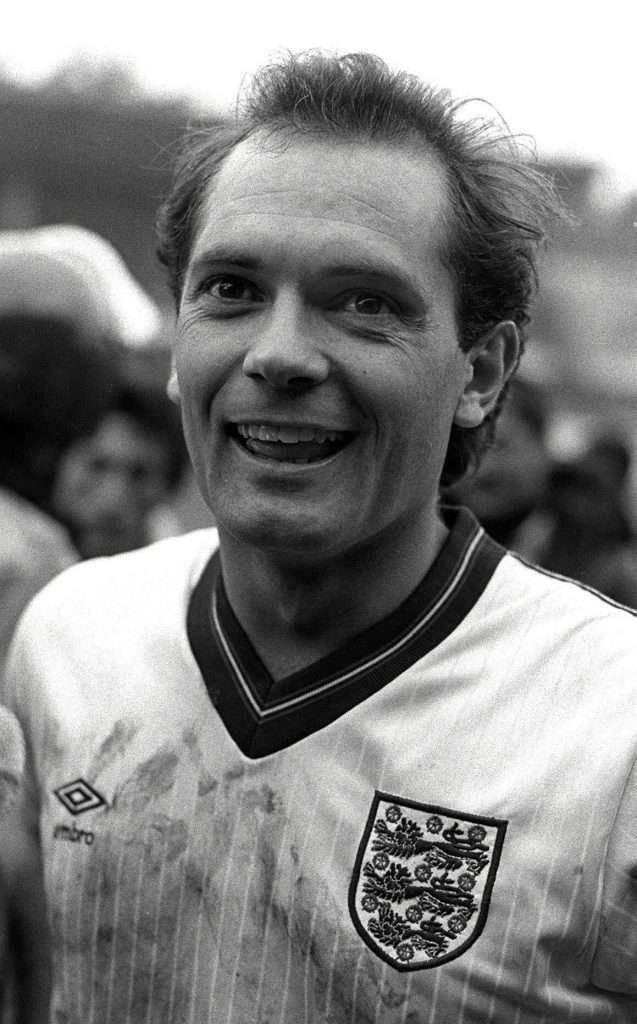 “A goal made in England. The throw from Gary Stevens, the header on from Terry Butcher, the stunning volley from Wilkins!”

Growing up as a Rangers fan, my Dad would tell me stories of days gone by supporting the Gers. Having lived through some bad period in the 60s and then again in the 80s, he recalled the Souness Era with great fondness and one game that he always talked about was a 5-1 victory at home to Celtic when Ray Wilkins scored a volley that has lived long in the memory of Rangers fans. Commentator Jock Brown famously called it “A goal made in England.” – a  phrase that intrinsically makes the Bears remember Ray and the English legion of players at Ibrox during that time.

Growing up Ray Wilkins would slightly better known to people my age for his managerial and punditry work. It was only then, the full extent of his stature in football would become clear as I began to learn of his other footballing achievements before coming to Rangers. Achieving 84 England caps put him into the top 20 capped England players. As a pundit, he had such respect and presence in the studio as well as knowledge of the game and charisma that would make people pay attention and listen.

When he passed away, stories began to circulate on the internet and social media of Ray’s excellent character as a person. These came from players he had helped and inspired but also supporters who had met him. There were so many posts detailing how Ray made time for supporters and didn’t let his fame keep him off the ground. One of the most emotional tales, came from Nigel Quashie.

I will always be proud to say how lucky I am to have been coached, managed and even meet you. If it wasn’t for you I would never have started my career playing football and will never forget going to Manchester United as a YTS trainee to do all the kit and boots in the changing room for the first team squad. 1hr 30 mins before kick off you name the team and I was in it and that’s how my debut went, I didn’t even get to think about it because all you said was your number 18, here are your boots and shin pads , just go and play, have fun and treat it like your over the park with your mates . My mum never had a mobile phone back then because we couldn’t afford anything like that and everything went through her work or home phone. I asked you after the game if I could call home to speak to her, you said use my mobile and call this number, it was my mum on the other end of the line and she said she was outside by the away team bus, I went outside to see her and asked how did you get here because I knew she couldn’t afford it, she told me Ray had got the club to pay for her train ticket to come to the game and then told me Ray got the club to give us our first mobile phone in life during the week and he wanted to surprise me knowing I was making my debut. I was given a chance by Ray Wilkins one of the legends of the game and to this day you are the first person I mention when it comes to football and that will never change. You will be missed so much not just in the football world but as a real human being with such class. Thanks for everything and my thoughts go to all the family. Sleep well Sir Ray Wilkins 🔵⚪️💙#raywilkins #legend #football #pureclass #qpr

This is just one example of the character that he was. Ray inspired many people in him time as a player, he mentored youth players, set an example and then even gave fans an excellent insight into the game and enhanced our viewing pleasure as a pundit. Ray had all the characteristic of a top gent. His kindness has been well documented but he was never afraid to stick up for himself and what he believe in. He possessed a never say die attitude and was never scared to nail his colours to the mast. Rest in peace Ray.