The Game Against Preston North End Which Opened Ibrox

There are certain aspects of football clubs that serve as tools of distinction and identification from others. Their colours, crest and home stadium are perhaps the most basic. The unique red brick façade of Ibrox is one of these elements that Rangers supporters can boast about that distinguishes it from other clubs the world over. Of course, Ibrox hasn’t always been home to the Light Blues.

Rangers had spent their formative years playing on public ground at Flesher’s Haugh on Glasgow Green before moving into their own private ground at Burnbank, leased from Glasgow Accies. They had outgrown this ground within 12 months and were to move to the southside to Kinning Park. It took 12 years for the Light Blues to exhaust all avenues of expansion and in 1887, they were on the move again. 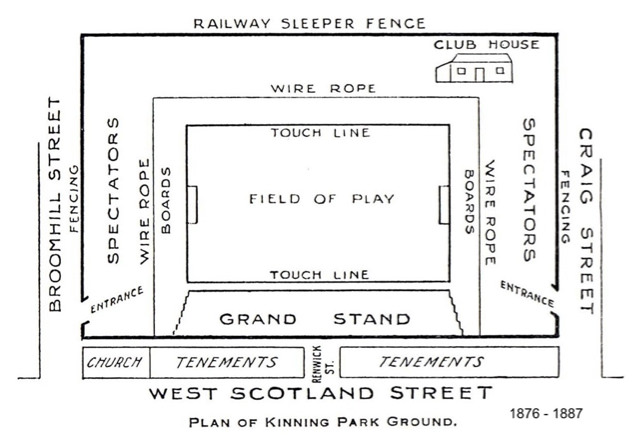 There were a number of options on the table. One site at Strathbungo was possibly the preferred option, but objections from locals over concerns about raucous football supporters in the area kiboshed that plan. Instead, Rangers moved even further from the city than Kinning Park. The club moved westerly to Ibrox.

It was a move that was met with much criticism from those outwith the club. Many thought it was the start of a decline. With Ibrox being so far removed from the city, unbelievable when considering how the area looks today, they were disbelieving that the club’s following would be able to support the club in the way they had done previously. This was also a concern that was raised internally. It was the younger brother of Tom Vallance, Alex, who prominently made the case for Ibrox, predicting that the industrialisation of the city would grow towards the south. He was, of course, proven correct.

The first Ibrox Park was situated on an adjacent site to our current home. Rangers’ growth and prosperity as an institution can generally be neatly encapsulated in Ibrox, most notably from the construction of the Main Stand at second Ibrox in 1929, or being at the forefront of the development of all-seater stadiums in Britain during the 1970’s and 80’s. It’s a trend that is evident even in our earliest years.

Where most football grounds had previously been constructed of predominantly brick and wood, a prominent feature of first Ibrox was the extensive use of corrugated iron. A quarter-milerunning track was constructed around the perimeter of the pitch that was used by local athletics clubs. There were initially plans to install tennis courts in the areas behind each of the goals, but these went unfulfilled.

In the north-east corner, by Copland Road, sat the pavilionwith a large veranda, complete with ornate fencing. Both dressing rooms were kitted out with wooden lockers, andleading off the home dressing room was the committee room.

There was also the grandstand. It ran 300 feet long with 6 tiers of seating. A wooden railing surrounded the perimeter of the pitch with raised ground running backwards from this fencing to up to 4 terraces in some parts. In total, it was believed the ground had the ability to accommodate 15,000 spectators. Each end of the grandstand was marked with 2 large flagpoles which flew the Rangers club flag and the Scottish Royal Standard.

The ground, which had largely been developed by Fred Brabyand Co, was formally opened with a cake and wine banquet hosted by legendary club man and restaurateur, Tom Vallance. The first football match to be played at Ibrox was to be a gala occasion, and it required top opposition to suit.

Preston North End were somewhat of a controversial club in English football. In the debate surrounding the game’s professionalism, it was undeniable that Preston and other Lancashire clubs had been enticing the best players with the promise of work and other assets, not uncommon was public houses. A threat by many English clubs to breakaway eventually forced the FA to legalise professionalism in 1885. Scotland was a ripe recruiting ground for North End. With the SFA slow off the mark to follow the lead of the FA, it created a one-way flow of outstanding footballers travelling from Scotland to England who were able to earn the rewards their talents warranted. Major William Sudell, the man in-charge at Deepdale, hatched a plan that revolved around PNE being primary beneficiaries of who were to become known as the Scotch Professors.

Perhaps they didn’t know it at the time, even although they were one of the main players in English football, but Prestonwere on the cusp of greatness. The following season, theywere founding members of the Football League, winning the first edition without dropping a single point. The team had the title of “Invincibles” bestowed upon them. It’s a feat that has only been matched by Arsene Wenger’s Arsenal in 2003-04.

The team’s who had the honour of opening the first Ibrox Park on 20th August 1887 were as follows:

Contemporary reports state that it was believed there were as many as 30,000 people present. Trains ran from St Enoch station to Ibrox from 1430 in-time for the 1545 kick-off.

The Lilywhites began with the wind in their favour. It wasn’t long before Goodall had scored from a rebound. It was swiftly followed by his second. The visitors dominated with Rangers’ attacking moves struggling to progress beyond the halfway line. Chalmers in the Rangers goal was called into action on numerous instances, but he could do nothing about Jimmy Ross scoring from long-range to make it 3-0.

Ross scored again for 4-0 before Rangers threatened the Preston goal for the first time. The resulting corner allowed Preston to breakaway and score their 5th of the afternoon just before half-time.

The second period began a bit more competitively than the first had been, Rangers now being assisted by the wind. However, Goodall was to get his hat-trick to make it 6-0. Tuck McIntyre pulled a goal back for Rangers, and swiftly afterwards the Preston goalie was forced to concede a corner. It served to add some impetus to the home side, and for the next few minutes the match was end-to-end.

In one Preston attack, Goodall played Dewhurst through, but Chalmers was able to clear. It was to only go as far as Goodall who was able to convert for Preston’s 7th.

It didn’t do anything to dampen the Light Blues’ efforts. Before the match was to conclude, Preston would score an 8ththrough Jimmy Ross. The crowd began to surge forwards, but the match was played to a finish with the Lancashire menwinning 8-1.

Rangers may have been taught a footballing lesson on this occasion, but the 12 years spent at first Ibrox was to prove fruitful. In that time, the club would win their first ever Scottish Cup, Scottish League title and create their own “invincible” side before the club outgrew the old ground. 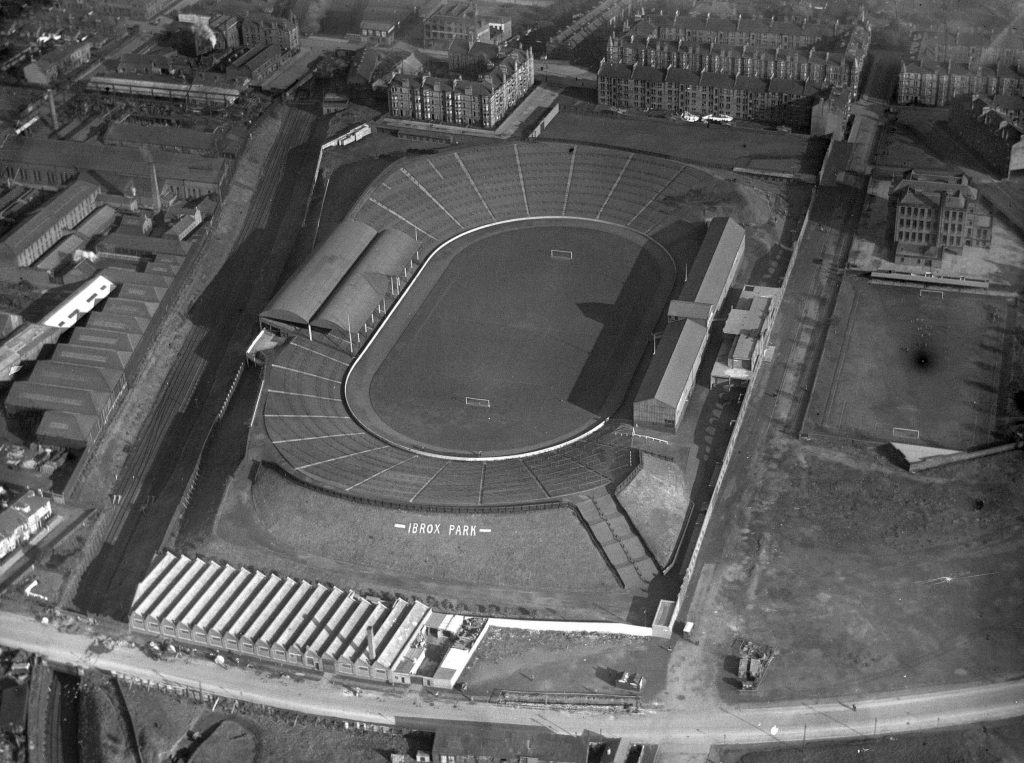